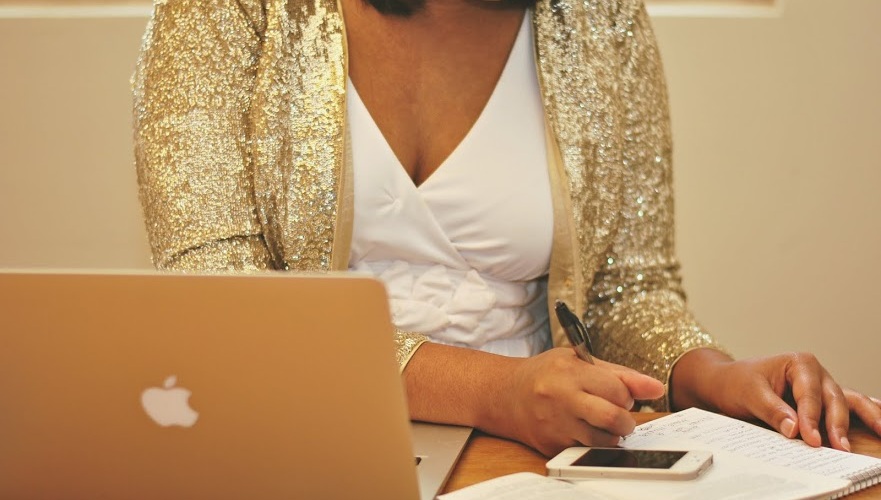 I used to be a reporter. I used to find the utmost pride and splendor and telling the stories of everyone else. The tattoo on my right wrist is testament to how much starting out as a reporter when I was 19, almost 11 years ago, meant — the first headline to the first news story I ever wrote is emblazoned on my flesh.

The story of how I started reporting is equal parts hilarious and a whirlwind. Although I grew up hungrily devouring the Atlanta Journal Constitution, the big newspaper in my hometown of Atlanta, and even stashed away iconic covers of the AJC — Coretta Scott King’s funeral, Princess Diana’s funeral, when the Summer Olympics were in Atlanta in 1996 — I never considered writing for one. Funny thing is, I should’ve known the Universe would’ve guided me to my vocation, my calling, of writing and the artistry it entails. After all, I’ve been writing all my life.

Most of my spare time as a child was spent writing fictional stories. It was the easiest way I could forge some semblance of a relationship with other human beings, the same human beings who in person often terrified and intimidated me, the younger, socially awkward and prone to panic attacks in social situations, me. My characters were my friends, my soulmates, my confidantes. They were real living and breathing people. They represented people who would never leave me and were as alive as I wanted them to be, as long as I kept my pen moving, kept it interacting with a sheet of paper.

In third grade, I wrote my first book. It was about a princess. She was isolated and felt chained to her royal existence, unfree. Through the window in her tower bedroom, a window where she could see for miles around the kingdom, her kingdom, she shouted down to the only friends she had. They played games. They talked. They laughed. But eventually they had to leave. And eventually she was left all by her lonesome once again.

My first book was cut into the shape of a princess and my mother, a talented seamstress, found pink, shimmery fabric to overlay on the book for its front cover. I outlined the dress with silver glitter, making a mess with clumps of glitter and white Elmer’s glue on one of the tables in our library. I entered the book in the school-wide media festival. I knew at a very young age how to swell with pride once a work you created had been released to world. And yet, from then on, all the things I wrote were borne and bred and shrouded in sacred secrecy.

Many years later as I was in college and found myself in a newspaper story meeting, knowing nothing about reporting, what it meant to report, AP Style or even the inverted pyramid, I felt I needed to be there. I was there and I volunteered to write a news story.

And it was awful — the news story that is. I turned it in late. It was barely 100 words. I had done zero research and spoke to no sources. I vividly remember the editor who had assigned the piece to me dragging me to the rest of the editorial staff. She told them I was not a good reporter, not reliable and to not bother working with me.

Her indignance over my lack of talent only fueled my desire to prove her wrong. Week after week, I showed up at the story meetings, took multiple stories. Before i started researching and reaching out to sources for interviews, I judiciously studied the previous editions of the paper and noted carefully how the other reporters had written their stories. And somehow from those study sessions, I was able to emerge with my own style.

I taught myself how to be a reporter. At the end of that first year as a reporter, I was asked to join the editorial staff as a section editor. Months later, I changed my major to Journalism.

Being a reporter, a real reporter for the New York Times, The Wall Street Journal, The Washington Post, The LA Times, The AJC, became the dream. The ultimate goal. Much to my surprise, two years after finally landing my first reporting gig, six months in I was growing increasingly dissatisfied. Reporting no longer seemed like enough. It felt like I had plateaued and my dreaming had amounted to nothing but sand passing through the glass.

Around this same time, I started grad school in a writing program and in the most fascinating turn of events, I found myself hungrily devouring a new side of writing — personal writing — through my homework assignments. It felt like home. It felt right. It felt like freedom. I felt free. I had begun to taste how deeply what I had to say mattered. How my life experiences and how they changed me could be powerful. And I knew, at that point, I didn’t have to hide behind being a reporter and only telling the stories of others.

I could tell my own.

It took me nearly three years after starting that reporting gig to walk away from it all, including walking away from an old dream which had been met and served its purpose to walk into my destiny, my fate, where I had been fated to be all along. And moving to Madrid away from everything I’d always known — including my idea of how writing would manifest and what space it would occupy in my life — is inextricably tied to all this.

When I think about freedom, especially in terms of how writing has made me feel free, how writing has enabled me touch, taste and feel my own version of freedom, I think of resistance. I think of resistance and fear. I think of colliding, hard, into all these realities and truths which are uncomfortable and yet, at the root of it all, there is peace, there is room to expand, to fill, to fit into the truest, most authentic, most resonating version of myself.

Writing is a gift, for those to read, for those to accept, and it is mine, too. Because without writing, without the ability to express myself with my words, without the ability to see myself time and time again, even in the most undesirable, grotesque ways, those undesirable and grotesque parts of myself, I wouldn’t be me. I wouldn’t be able to rest in what is my calling, what is my truth and what is an honor.

I see myself in my words but I also carry the hopes, the dreams, the fears, the frustrations, the shaky, scared courage of so many others, of my ancestors, of those who have warred and lost before and those still fighting to win. I see those yet to exist, I see the collective spirit of those willing to live and rest in the vibrancy of their being.

And I see freedom. I know freedom. I am freedom. And writing, the hardest, most frustrating, most beautiful, most innate, most exhilarating thing in the world I’ve been gifted to do, is the lasting source and conduit. 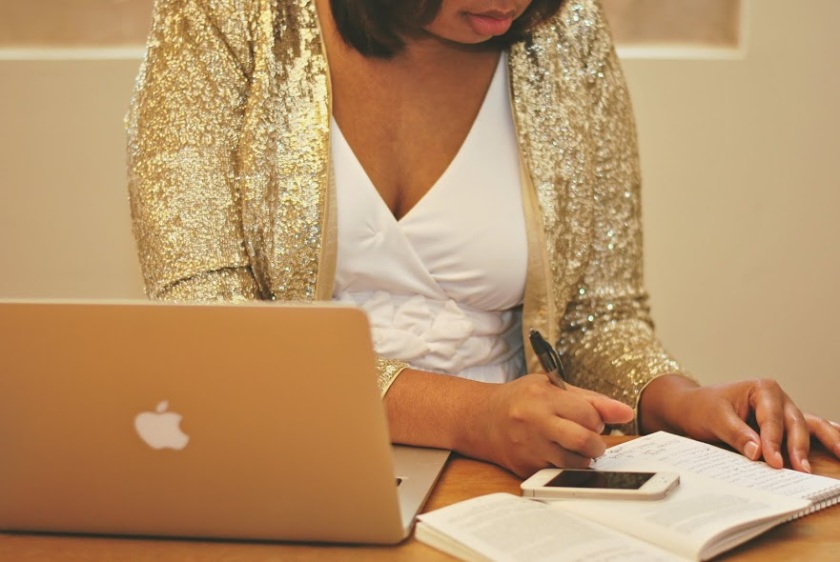 Are you a writer like me? Do you want to experience freedom through your words and unlock all the obstacles that might be in your way? I’m hosting a FREE (yes, free) live workshop next week on freewriting, one of the powerful ways I regularly use to get past creative blocks. Along with walking you step-by-step through the process I regularly use, I’ll also let you in the exact resources I utilize as well. Register now.